Graveyard camping
On the way from Pucon to Villarica, a car stopped next to us and the driver shouted from the window that they saw us before, and they were really enthusiastic about it. Villarica seems like a wonderful town to spend some time in, but unfortunately, we choose randomly which towns we stay in, so we just enjoyed the nice promenade near the lake, ate lunch in the park and left towards Temucu, on road S199. 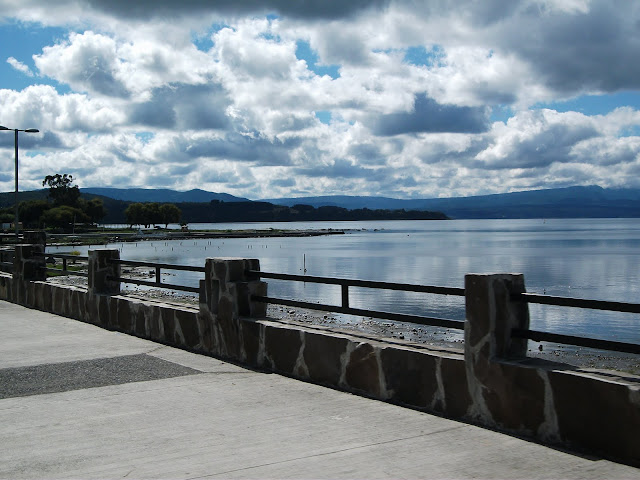 As dark fell, we had to stop next to the graveyard of Freire, where we could at least fill in water, and put a tent in the woods. 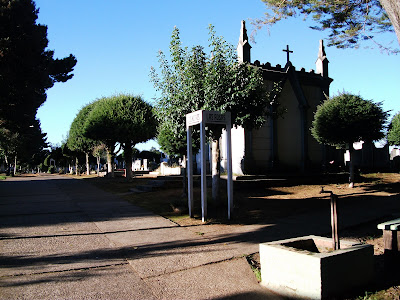 Luckily we found there mint we used as a refreshing fragrance for our water. 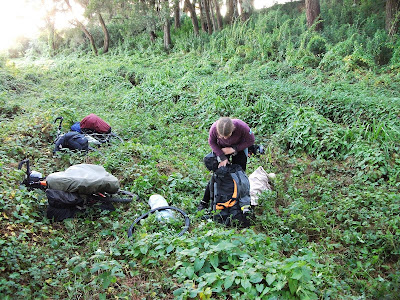 Panamerica Highway
Taking Naoki´s advice, we entered Ruta 5, which is the highway of Chile that crosses the country from south to north. This road is a part of the Pan American road crossing America (Via Panamericana in Spanish). 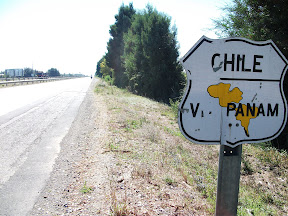 The maximum speed limit on this road is 120 km/h, and we tried our best not to pass it. The traffic there is not as heavy as we expected, and the edge of the road is huge and paved. We didn´t have to pay the entrance fee that every other motor vehicle has to pay (100-1600 CH$ for a part of the road). The wild life near the road must be abundant and diverse, as we saw corpses of many road kills: rabbits, rats, cats, dogs, foxes, sheep, birds, lizards, crickets and one truck driver (he was still breathing when we passed his turned over truck). We also saw many other living creatures such as: egrets, falcons, hawks, many enthusiastic drivers that honk when seeing us on the bicycles and lazy road workers that are always on a break and stare at us in amazement.

Temuco
All the villages on this road have the same structure depending on their size. Big cities, like Temuco, consist of a disgusting entrance road that costs money and has more cars than on the highway. There you can find easily Empanadas and gas stations. In Temuco, we couldn´t find a big supermarket like we hoped to find, instead there was only a small and expensive one in the center. There was a catholic university there, which was the nicest part of the city. After getting into Temuco, we decided not to do this mistake again (until Santiago). A hotel on the road where we filled water cost 6,000 CH$, so we decided to try and sleep for free somewhere nearby. We entered a small and promising gravel road, and asked some lady if we could sleep in her field. She wanted money, so we asked her neighbours that gladly let us stay at their field and offered us hot water, and anything else if we need. 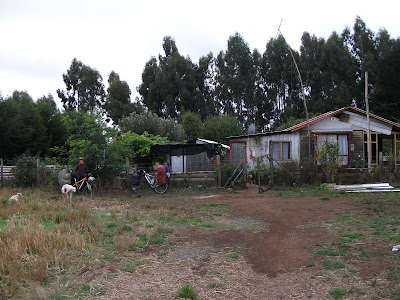 Their son, Carlo, came by after we set our tent, and from chatting with him, we found out the names of all their 8 dogs and a few other interesting stuff. They go hunting every day for rabbits and that is why Mini and Cueca are so thin. They produce about 1 ton of wheat flour from their small field, and it is enough for them for the whole year. During the night we had different dogs visiting us, some to sleep near our tent, and others to bark at us. In the morning, Mini came and followed Shoham picking blackberries for our porridge. 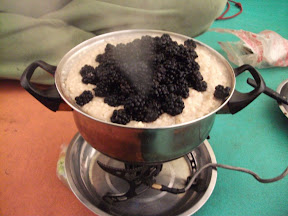 She liked it so much, that she continued picking and eating them alone. 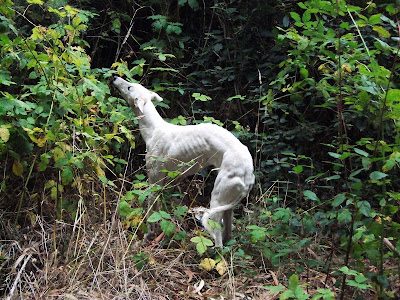 Ercilla
Smaller towns look different: A few kilometers next to the entrance you would find a cheap motel, in the center you would find drunk local hillbillies, 4 supermarket selling exactly the same things, and at least one Locutorio where you can use the internet, phone and machine-gamble. One of them even had Facebook and Google! 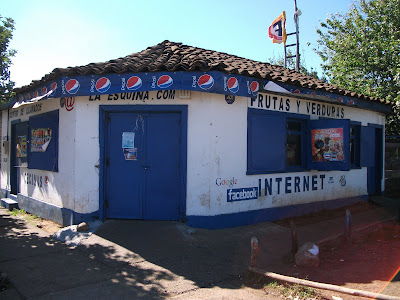 We spent the whole afternoon in such a town called Ercilla. At sunset we went out to look for a place to camp and we found a nice noisy place, between the highway and the train rail. 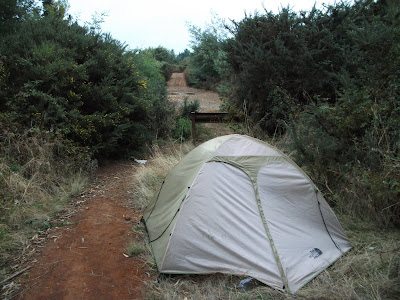 Los Angeles
The following day was sunny again and our lunch went bad again before Amit ate it, so we decided to stop keeping prepared lunch. In the village of San Carlos we found very good figs. After passing around Los Angeles, we found a place to camp in the forest, in front of the Forest Firemen Brigade. 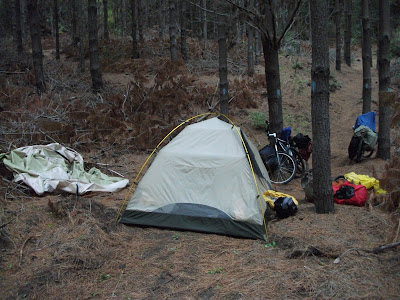 There we found a small waterfall with clean water, and a typical mushroom that grows under pines (Suillus granulatus, or Ornia in Hebrew), and used it for our peas stew. 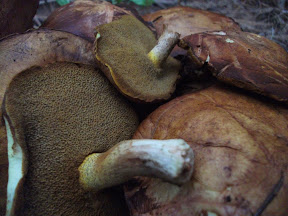 Bulnes
We rode by an amazing waterfall, Saltos del Laja. The road going there was very touristic and full of campings and hotels. 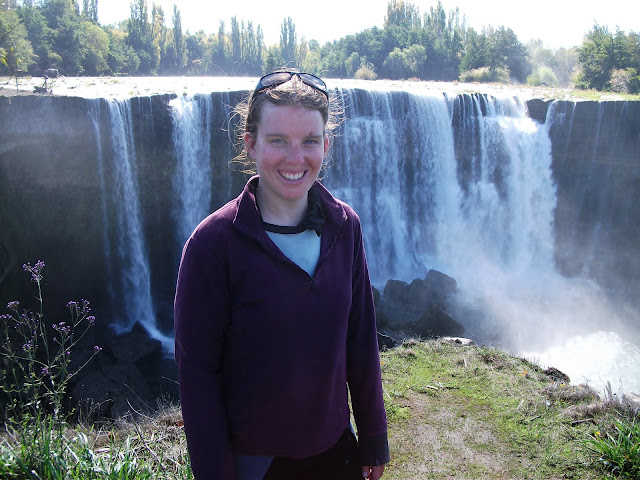 We reached the town of Bulnes in late afternoon, after skipping lunch. It took us more than an hour to find a cheap hotel (10,000 CH$ for a double room) right at the central bus station (there are only two hotels in town, but no one knows the cheap one). We arranged for our laundry to be done cheaply (3,000 CH$ for all our things) by the woman who does the hotel´s laundry. We then went on a quest to find food. There are no Empanadas in that town, so we had to settle for rice and pork steak, and a sandwich of beef steak, avocado and tomatoes (we took off the cheese).

We are now 420 km south to Santiago, and we found a CouchSurfing host there. We plan to arrive there in less than a week.

If you wish to get an email whenever a new post is published send us a request to:
SHOHAMIT@Live.com
with the subject:
"South America by Bicycles"